The Journey Ahead: What will the Future of New Mobility Services Look Like for You and Me?

Featured story11 June 2019
“We will see a significant shift in our approach to making journeys – as we begin to focus on the service we receive whilst travelling rather than the type of vehicle we use” says James Datson, Principal Technologist at the Connected Places Catapult.

In the near-term future, we are unlikely to witness big transformation in terms of the specific ‘modes’ of transport available to us – with cars, trains, buses, bikes and planes still likely to form the bulk of our vehicle mix – but James Datson, Principal Technologist at the Connected Places Catapult, believes we will see a significant shift in our approach to making journeys – as we begin to focus on the service we receive whilst travelling rather than the type of vehicle we use.

Let’s imagine Aneesha, commuting into London perhaps a mere five years from now. She is hard-pressed for time, especially during regular business hours, but wins back a portion of that time by taking advantage of some new services recently introduced on several mainline trains. She might pick up a prescription from the train’s onboard pharmacist, for example, before heading to a pre-booked booth in the business section to join a company conference call. Before drawing into the station, she has time to order some groceries that will be ready for her to pick up close to where she’s parked her car, once she’s completed her return journey later that day.

On the other hand, there is Ed, who has no need to pop to the chemists and is more than happy to leave thoughts of work until he’s made it to the office. He might choose to pull out a paperback or maybe stick in some earphones and basically complete his journey in the same way as many of us do today.

One thing Ed and Aneesha will have in common is that neither of them will have had to spend much time thinking about where they can park at the train station, which train operator they’ll be travelling with, or what train they can take if they miss the one they were originally aiming for. A single payment for the total cost of the journey will also be possible at the press of a screen. By now, the concept of Mobility as a Service (MaaS) will be in full swing, meaning that all of this information is easily accessible and bookable on a device of their choice, as part of an integrated, seamless, customer-facing transport system.

The good news is that there is plenty of interest in making MaaS a reality. Better, more efficient and less complicated journeys are, of course, appealing to commuters and other regular travellers, but they are also a highly attractive proposition for transport providers and the commercial sector in general because of the way they are expected to open new revenue streams. There is also strong interest from the public sector, where a customer-focused transport system would tick several national and local policy boxes – such as improving inclusivity and accessibility, reducing energy consumption (by reducing dependency on private cars) and tackling obesity (via greater use of public transport, cycling and walking).

As a result of all this, ‘Customer Experience’ has already become common parlance among transport operators, while the integrated approach of MaaS is specifically cited within the UK government’s Industrial Strategy as one which will “shift the dial away from personally owned cars … [and] create new digital economies that boost productivity for both new and traditional businesses”. 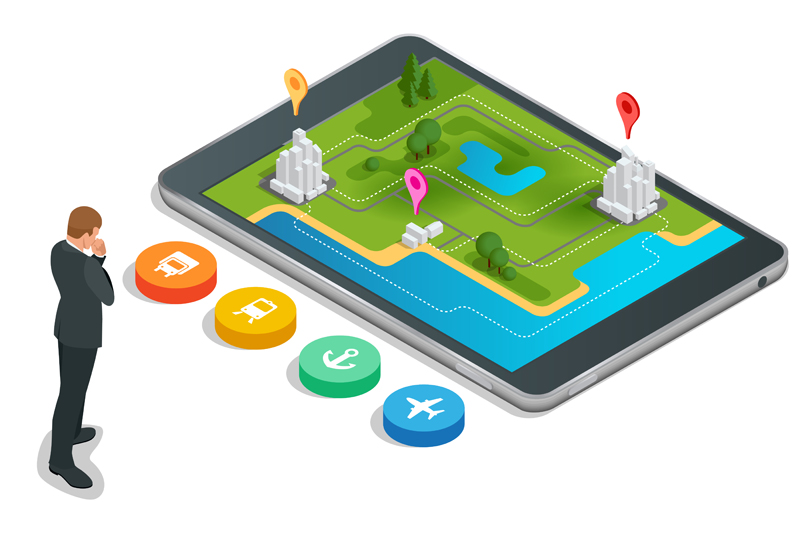 So, if everyone agrees that we all want a seamless transport system that is customer-orientated and multi-modal (cutting across all the different forms of transport), why are we still so far from our destination?

Well, for one thing, the challenges that stand in the way are not exactly small. Done properly, customer experience innovation could create significant competitive advantage for transport businesses. But it does first require a fundamental change to the way the transport sector currently operates.

To give just one example that is particularly relevant to the rail sector, it is expected that MaaS innovation will make it harder for transport operators to create and leverage brand loyalty. In a future where your service provider comes up with a ‘mobility package’ that will get you from A to B in the most desirable way (according to the criteria that you have set in advance), you are unlikely to care which company logo is emblazoned on the outside of the train carriage you’re travelling in. With minimal friction to prevent travellers trading off one mode of transport (or one operator) against another, transport operators may instead have to switch their attention to gaining competitive advantages through more measurable means – such as journey time, reliability, routing and frequency. The consumer-facing aspects of customer experience will be left to the expertise of the MaaS provider. 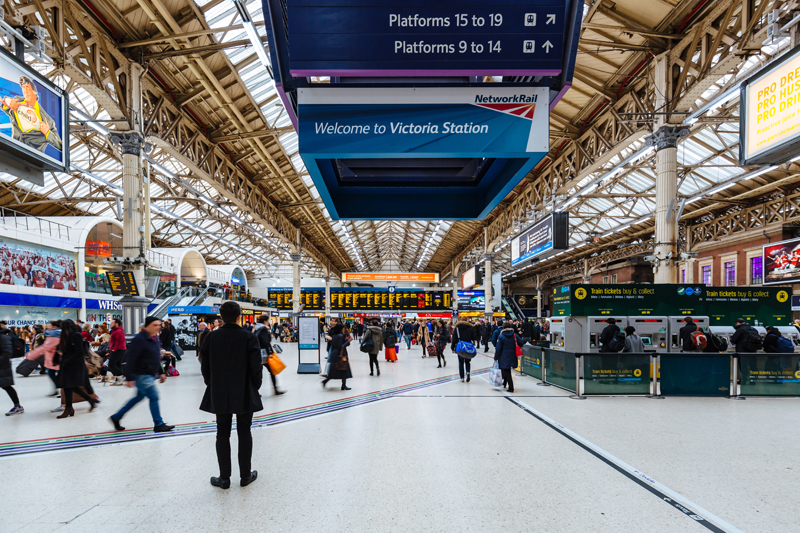 The hard, physical reality of transport infrastructure can also not be overlooked in our rush to embrace the exciting new possibilities of the digital world. We have got used to seeing major and rapid disruption in industries where ‘ones and zeroes’ can do away altogether with their physical predecessors (most obviously in the streaming and digital distribution of films, books and music) but this is clearly not the same thing as physically moving millions of people and goods around the country and beyond.

Investment will still be needed in our current and future transport infrastructure, to ensure that we have a robust and reliable network on which the MaaS algorithms and apps can be based. Smart software can help customise journeys to our personal requirements, but we can’t travel from Newcastle to London on an algorithm!

That is not to say that traditional infrastructure will remain immune to digital disruption. The example of ride-hailing services such as Uber have already shown how on-demand transport solutions can plug highly lucrative gaps in areas where fixed route (e.g. train or bus) options are not readily available. If we are to tempt people away from the ‘easier option’ of the private car, we also need to ensure that modal interchanges (e.g. train stations, coach terminals and bus stops) are designed, or at least adapted, with better digital integration in mind.

Transportation is a market that can require millions of pounds in losses before the right business model is finalised, and there will be many incumbents (such as the train operating companies mentioned above) who may see MaaS as a threat to their current business models. It will therefore be essential to convince those incumbents that they can still enjoy net gains – by taking a slightly smaller slice of a much bigger pie for example. There will also be an important role for policy makers and regulators, in removing the legislative and structural market barriers that might otherwise stifle innovation. 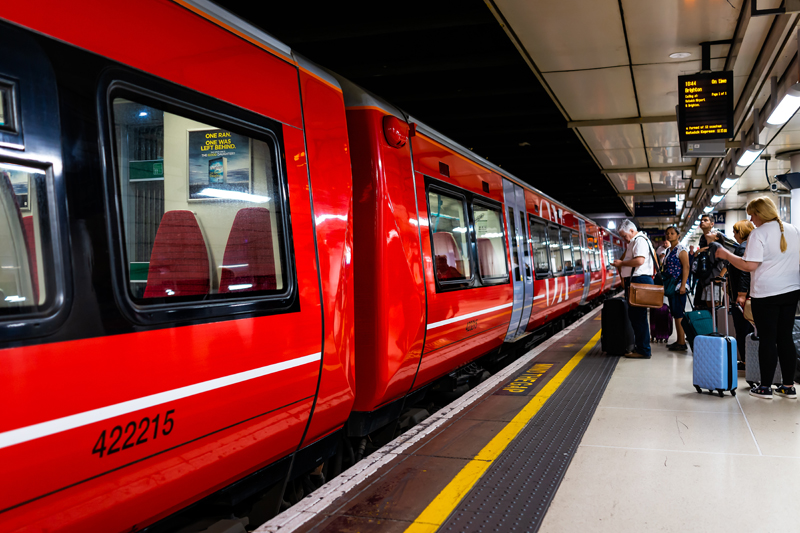 If this all sounds like a lot of hard work, it’s because it will be. But it’s important to emphasise that the rewards should also be massive.

Other markets have already found that consumers are willing to pay more for greater convenience or a better customer experience – the challenge is for transport operators to find ways to do the same. Additionally, as the MaaS market matures, providers (and their partner companies) will be able to capture new revenue opportunities by developing innovative in-vehicle services that monetise passenger travel. We are already familiar with the willingness of low-cost airlines to sometimes take a loss on the initial price of a flight, in order to benefit from related add-ons (such as meals, internet access or additional leg-room) or the even more lucrative ‘bundling’ together of hotel, travel insurance and hire car deals. A similar approach for trains, buses and (eventually) self-driving cars, may well prove fundamental to the formulation of successful MaaS business cases in the future.

The question then changes from ‘How do we get to this future way of travelling?’ to more concrete discussions, such as ‘What would you like to do while travelling?’ or (for the MaaS innovator) ‘What else can we offer consumers that they would be willing to pay for’

As they eye this huge new market, those looking to invest in MaaS will see the opportunity of extracting value from consumers during the roughly 1000 trips we make each year, whether it be in a 20-minute taxi ride, an 80-minute train journey, or even while walking.

Specific to the rail industry (but relevant for industries beyond), Mark Phillips, CEO of RSSB highlights in this series’ previous blog post - “The ability of rail to derive benefits from the NMS revolution will depend on our aptitude to forge new relationships with thousands of UK transport businesses in order to create smart new ecosystems”. As new arrivals in the transport ecosystem, MaaS providers will of course have to gain the trust of their potential customers. Understanding those customers, and the purpose of their journeys, will be as important as the act of providing mobility. But once you know your customer and his or her needs, you will be able to create a journey experience that includes specifically-tailored services that they are happy to pay for.

In next week’s edition of this Over the Horizon series, Andrew Gleeson, Senior Research Analyst at RSSB, Gordon Wai, Student Research Analyst at RSSB, and Phil Moorcroft, Senior Technologist at the Connected Places Catapult, will discuss the new business models that will be at the core of the new mobility ecosystem, and how these models can benefit rail organisations.