Low Cost, Low Adhesion Prediction with the Internet of Things

Small amounts of moisture on the rail can mix with the film produced by 'leaves on the line', or other contaminants such as rust or grease, to cause low adhesion. Being able to monitor low levels of moisture, caused by dew point formation or light rain, is important to validate forecasts and support real-time decision making.

We have shown that an ‘Internet of Things’ approach, using self-contained moisture sensors, can be used to measure the presence of railhead moisture. These sensors take readings every 90 seconds and relay the data directly to the adhesion management software. 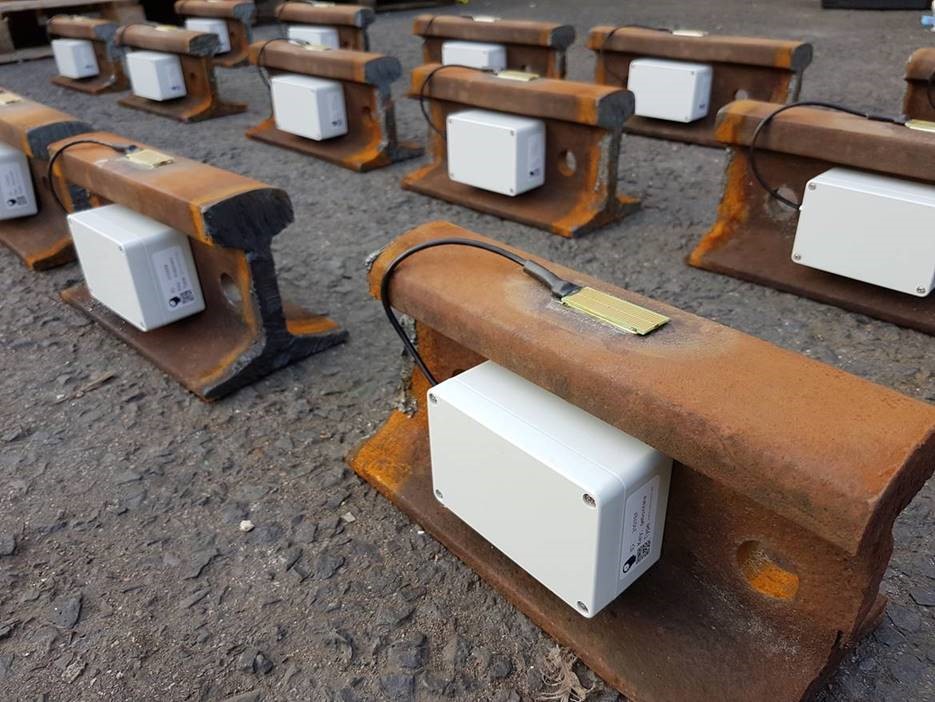 Existing sensors use expensive datalogging and comms equipment. The Internet of Things approach significantly reduces this cost: a low-power sensor is embedded in an existing communications mesh. The moisture sensors cost less than £200 each, so more can be deployed, measuring moisture levels at a higher level of granularity.

RSSB, in partnership with West Midland Trains, the Network Rail London North Western Route and the University of Birmingham, implemented moisture sensors across the Birmingham cross-city route. During these field trials, the sensors proved to be reliable and capable of providing meaningful data to assist with low adhesion mitigation.

Follow-up work found that, despite the exposure of the moisture sensors to harsh environmental conditions, they showed no permanent damage or degradation at the end of autumn. Small amounts of contamination had resulted in minor drift in the moisture readings, but performance was recovered after basic cleaning that can be done in situ. The project report recommends an annual inspection, cleaning and maintenance regime for the moisture sensors.

The research has demonstrated the principle that low-cost, low-power moisture sensors can accurately provide ultra-local, near real-time weather data in the field. The technology has now been implemented at other locations across the network.

Further development of the sensor will allow it to record temperatures on the rail head and its web.

Research brief: Investigation into the effect of moisture on rail adhesion
Download

Towards a high resolution ‘Internet of Things’ moisture detection system for railways - Final Feasibility Report (COF-TAR-01)
View on SPARK
See Also
Haven’t found what you’re looking for?
Get in touch with our expert for more information