Here we provide a summary of publicly available information about Monkeypox (accurate on the date of publication). This current knowledge may be superseded as more information about the disease comes to light. None of this data originates from RSSB, and RSSB has no data about the existence, prevalence, or risk of contracting monkeypox on the GB Rail network.

What do we know about Monkeypox, and the current outbreak?

Monkeypox is a rare but potentially serious illness caused by the monkeypox virus, which is in the same family as the smallpox virus. It is so-called because it was first identified in laboratory monkeys. Monkeypox is endemic in West and Central Africa. Outbreaks outside these areas have occurred numerous times, but always been directly traceable back to people who have recently spent time in areas where the disease is endemic. This changed in May 2022 as cases have now been confirmed in 12 countries, among people with no direct link to these regions.

Based on current information, the outbreak of monkeypox in the UK will probably continue for some time. But large outbreaks and uncontrollable spread are unlikely, given that most transmission occurs as a result of close contact with a symptomatic person. The virus does not mutate as rapidly, or spread as silently, as Covid-19. It is unlikely that people who are clinically vulnerable will need to shield, as even in jobs which involve a large amount of close contact with strangers, PPE can be used to prevent infection. Furthermore, we already have an effective vaccine and treatments for monkeypox, making this situation very different to March 2020. 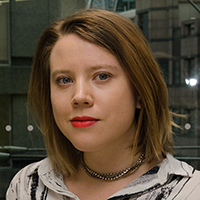