The Direction of Travel

Featured story25 July 2019
“There are many different possibilities when it comes to the future of transport – but uncertainty over how rail will look tomorrow is no excuse for a lack of preparation today,” says Connected Places Catapult Senior Strategist Alfie Jackson.

“Transport has historically experienced waves of significant change.  The introduction of omnibuses for the fare-paying public in the 1820s, the tunnelling out of underground railway systems in the late 19th century and the widespread adoption of private cars in the 1950s and 60s all revolutionised the way we move around cities.

It is widely believed that we are now on the verge of the next transport revolution. Emerging technologies, such as drones, autonomous vehicles and ride-hailing systems will combine with innovative business models to redefine the ways in which people and goods are moved. This cannot happen soon enough, since the demands being placed upon our transport systems are also undergoing significant disruption – thanks mainly to the changing nature of work, our growing and ageing populations and our increasingly connected digital lives.

Not that all the challenges will be new ones. Indeed, many of the problems faced by future urban transport planners will be strikingly similar to those faced by their predecessors. How can we move an ever-increasing number of people around our cities without compromising on speed, safety and efficiency? How can we continue to ensure the prompt delivery of goods and services? How do we minimise social exclusion and promote equality? 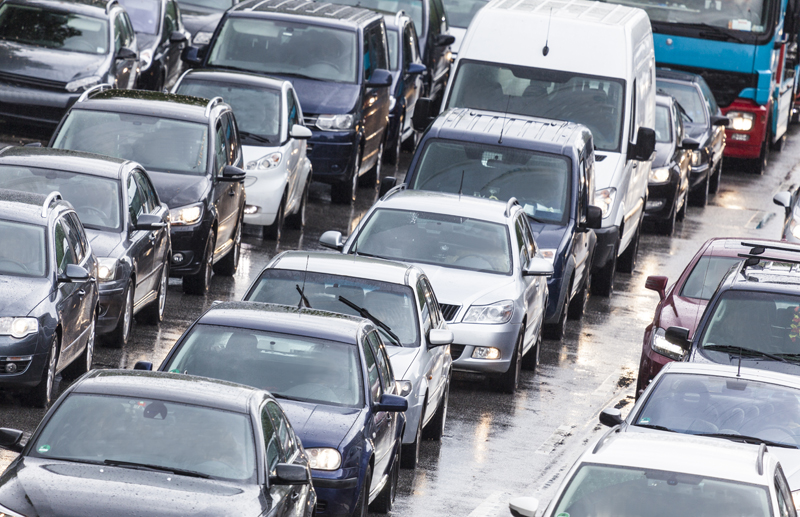 Even if we could know in advance which technologies will have the greatest impact on transport in the next two decades, it is worth pointing out that government policies and the attitudes of the general public towards individual technologies can have a huge influence on whether or not these are embraced to their full potential.

There will be many choices to make on the road (or rail) to 2040, of course, but I have picked out three key challenges which I believe the rail industry, wider transport sector and transport policy-makers will need to address in the coming years.

The first challenge is to come up with a transport network that is properly integrated across all the different modes of transport. A truly multi-modal transport system could finally wean us off our dependency on the privately owned car but, as James Datson pointed out in his blog on future mobility services, incumbent transport operators may still need to be convinced about the benefits of collaborating with companies and industries which they have previously regarded as rivals.

The second key issue is how future society will deal (or not deal) with road congestion – since attitudes and policies towards road transport have an obvious, if indirect, effect on rail. Road congestion is widely expected to worsen across the UK, accompanied by a related worsening in national productivity and vehicle emission levels. So, at what point might we see intervention to address it?

Or perhaps where we’re going, we won’t need roads? A third potential challenge to the rail sector is the anticipated arrival of entirely new forms of personal or public transport, such as commercially viable Short Take-Off and Landing (STOL) and Vertical Take-Off and Landing (VTOL) aircraft. Once derided as the flying cars of pure science-fiction, airborne vehicles covering short-to-medium distances are now seen as a potential near-future competitor to the existing rail industry.

So, if we focus on just these three examples of potential future challenges, how might the railway sector look two decades from now?

Let’s start with an optimistic view. It’s 2040 and the last 20 years have truly delivered the transport revolution that we all hoped for. It started about 15 years ago, when the government took the brave step of introducing road charging to curtail rising congestion and emissions. There was huge public outcry at the time, but people gradually embraced the resulting benefits. Crucially, the new revenues raised from the road charges were ringfenced to fund improvements to public transport.

The result of this ‘stick and carrot’ approach was a significant shift towards public transport as the method of choice for most types of journey. This, in turn, gave service providers the critical mass of passengers that they needed in order to optimise those services. The first wave of investment focused on the delivery of ticketing platforms that could work across all forms of transport, but this rapidly extended to include the first successful trials of ‘Intelligent Timetabling’, whereby computers analysed historic and live transport data and used this information to optimise arrival and departure times, all based on customer demand.

Aerial mobility services have been around since 2032, though they were initially limited to a small number of routes and destinations such as airports to city centres. The following years saw the introduction of services between cities and towns and a gradual reduction in prices to the point where aerial transport is no longer seen as the preserve of the wealthy. Some feared that this new form of transport would take customers away from rail but this has not generally been the case. Most major rail stations have installed their own ‘vertiports’ (airports for VTOL aircraft) and have taken the opportunity to build aerial mobility services into their intelligent timetabling algorithms – using this new form of transport to complement rail rather than viewing it as a direct rival.

Or maybe things won’t look quite as rosy in 2040. On the surface of it, we’ve still seen plenty of change in the transport sector with new technologies grabbing the headlines and capturing the public imagination. But while the tech has been upgraded, we’re still faced with the same old cracks in the system that we faced in the 2020s. The private car is still the preferred method of transport for the vast majority of journeys, especially outside of cities. There has just never been enough incentive for people to give up their cars.
A lack of investment in public transport has stifled the desire to create a sector that is truly integrated across the different modes of transport. Transport companies continue to operate within their own domain and with only limited interaction with the organisations around them – not because the technology isn’t there to enable closer integration, but simply because there is no motivation or desire for change.

One area that has taken off – quite literally – is aerial mobility, and this has proven to be highly disruptive to the rail sector. Air taxis are able to outperform rail on speed, convenience, customer experience and even sometimes on cost in certain circumstances. Unsurprisingly, many people are now choosing air mobility services for journeys that they would traditionally have made by rail. In short, this scenario does not present a great time to be in the rail industry – the world has moved on and the rail industry has struggled to keep pace. 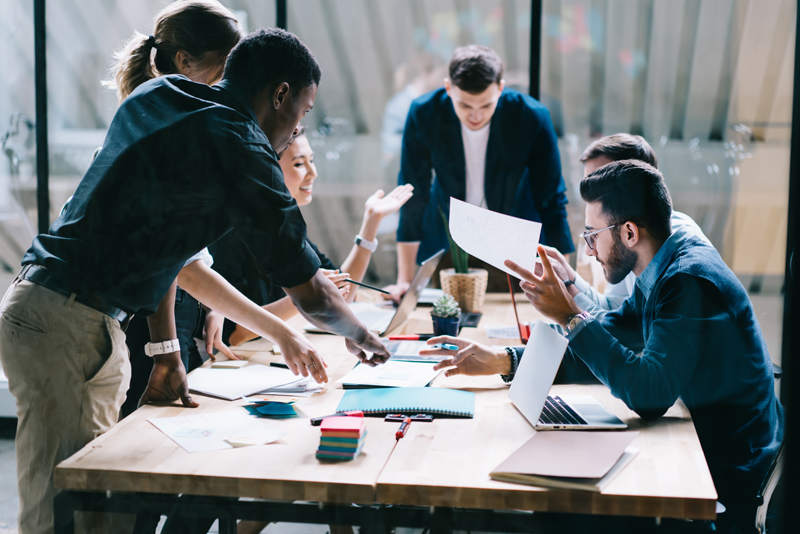 Preparing for an uncertain future

The rail industry will need to closely monitor the general transport landscape for potential indicators of major shifts. Is public policy and public opinion turning against private car ownership? Are last-mile services becoming economically sustainable outside the big cities? Are passengers starting to value comfort and customer experience over price?

Rather than just passively observing these changes, it is essential that the rail sector is actively involved in pushing for positive change, and positions itself to take full advantage of the outcomes – whether through early collaboration with emerging technologies and services, the forging of even closer relationships with existing and future customers, the adoption of agile business practices such as those currently practised in the data and software sectors, or learning from the successes and challenges of other sectors.

While we cannot hope to predict the future in any great detail, we do at least know that it will be shaped enormously by the decisions we make in the here and now. The best way to ensure that we have a thriving rail sector in the year 2040 is to stay open, flexible and well-prepared in 2019 and beyond.

In this series
Haven’t found what you’re looking for?
Get in touch with Alfie