Untapped Potential: Seeking the Optimum Balance Between Machines and People

Featured story27 October 2017
"To ensure people are using their talents to best effect, we need to understand how to get the best combination of manual and automated tasks into our approach" - Toni Flint

As a species, humans have limited physical and mental capabilities. We are only so fast, so strong, so clever and on top of that our performance is variable and imperfect. Luckily, humans are also curious and ingenious. When there is something we want to do that we either can’t do ourselves, or do well enough, we invent or we engineer until we can.

Transportation is a great example of this. People wanted to be able to travel further but didn’t have the capability to travel so far on their own feet. They were not fast enough and didn’t have enough stamina to make such long journeys. So, they started to use horses. Then they wanted to take stuff with them and built carts, and they wanted to go faster and further away so they built trains, cars, planes, rockets and so on. Every step forward allowed people to do things with their time other than walking, resulting in more technological, economic and social advancement.

Despite all this advancement, we still have some people stuck in the rail industry doing jobs that are not the best use of their unique talents as human beings. Train dispatch is an example where in many cases a large proportion of someone’s job is opening and closing doors and checking that nothing or no one is trapped. Of course, this is essential to safe operation but having a human being employed to do this is not the best way it can be done. Our staff are performing admirably at this task with very few incidents occurring, considering the amount of boarding and alighting that takes place every day. However, errors are possible, potentially resulting in doors being closed on people or people caught in the doors being dragged along the platform.

Currently in 30% services we have Driver Controlled Operation (DCO) where the driver performs this task alongside their other duties with the support of technology. It is just as safe as other methods, and more efficient. With better technology, even more is possible in terms of efficiency but also in terms of safety. Automation has the potential to eliminate error potential from some aspects of rail operation. Machines don’t get tired, distracted or complacent and can do a monotonous task perfectly again and again.

Automation also frees people up to do other tasks. For example, more customer-facing tasks play to unique human strengths in terms of verbal communication, social interaction and problem solving. Would the elderly and disabled find the railway so daunting if they knew there would be a real person available to assist them?

A task that is likely to become even more common with the ever-greater use of automated systems is for humans to act as supervisors. In many cases, an automated system is not capable of doing the job in all the possible circumstances that may arise. Someone needs to monitor the performance of the system and be ready to take over when needed. Unfortunately, this type of monitoring task is notoriously difficult for people. The paradox of automation describes the phenomenon that the better the automated system, the more out of practice the operators become and the less able they are to operate the system manually. At the same time, the better the automated system, the more extreme the situations in which it fails and the MORE skilled the operators need to be to take over. When people are operating automated systems that rarely fail they gain trust in the system and naturally pay less and less attention to the system and the situation. The resulting loss of situational awareness may mean that they cannot effectively take over even if they do have the skills to operate the system manually. This is known as ‘out of the loop’ performance. 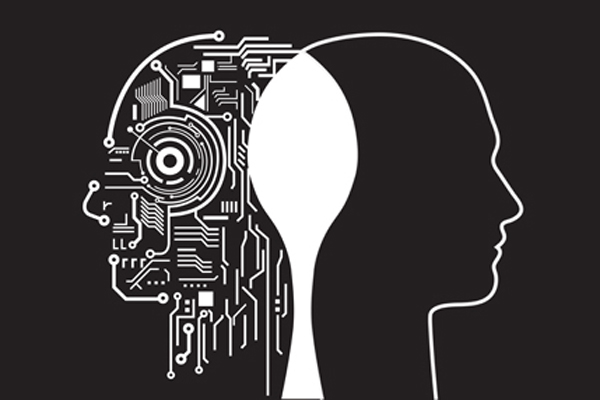 You can’t solve this problem by training or briefing people to pay attention. The capability of people to filter out unchanging and irrelevant information in favour of critical, relevant or changing information is hard-wired. This ability allows people to optimise how they use their cognitive resources when there are competing demands. If nothing interesting is happening, people will be unable to pay attention for any length of time no matter what you do. To avoid this problem, we need clever design that makes the most of human strengths and protects from their weaknesses.

If there is a need for human supervision of an automated system, then the design needs to keep operators ‘in the loop.’ This means that the operator must be allocated tasks that result in continuous situational awareness. They must perceive important elements of the situation, understand what they mean and be able to use that understanding to anticipate how the situation will develop over time. How to do this when a highly reliable system is handling the task well and rarely fails is a challenge for designers that requires new thinking.

Gamification is one potential answer. People will do anything for the chance of a sticker or the chance to better their colleagues. Gamification is being increasingly used with the aim of engaging people in safer behaviour. A recent RSSB knowledge search on Virtual and Augmented Reality and Gamification as Training Tools in Safety Critical Industries has identified a number of examples including a game platform aimed at training employees to recognise hazardous situations on an oil platform and work through emergency scenarios.

We should also seek to move away from the default model of humans as supervisors of automated systems towards other models that are more appropriate and fulfilling for workforce. An optimal allocation of tasks should maximise the use of the talents of humans (e.g. creativity, problem solving, social interactions, decision making, dexterity) and the talents of machines (e.g. maintaining attention for a long time, repetitive tasks, heavy lifting) to create effective human-machine teams.

‘Cobots’ or collaborative robots are already an affordable product for use on the factory floor.