share this
Going back to fundamental science to model and predict braking performance in low adhesion. 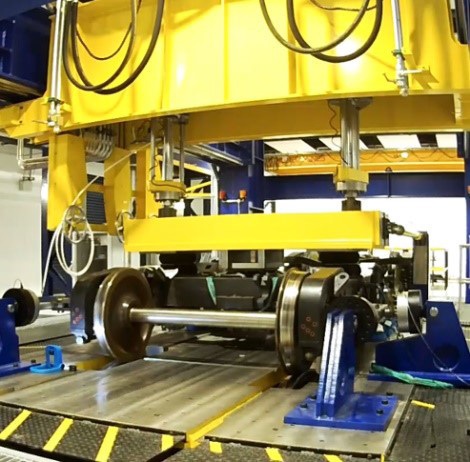 Low adhesion in the wheel/rail interface has always been a problem for railways. It can be caused by ‘leaves on the line’, but incidents frequently occur when there is no visible leaf contamination. These incidents tend to happen during the morning and evening dew points, hence the term ‘wet-rail’, although solid matter such as oxides or wear debris must also be present in the interface to cause the problem.

We used laboratory testing to develop the Water-Induced Low Adhesion Creep force (WILAC) model, that predicts how small amounts of moisture on the railhead effect adhesion, and which has been validated by full-scale testing. WILAC, which was developed in partnership with the University of Huddersfield, provides evidence that low adhesion occurs when there are contaminants in the wheel-rail interface, such as wear debris, iron oxides, leaf residue, as well as water at levels expected in light drizzle. However, the amount of water on the railhead does not depend on atmospheric conditions alone. Temperature effects from convection and radiation have dramatic effects on the amount of water present on the railhead that can lead, for example, to significant differences between sections of rail in direct sunlight versus those in shade.

Braking performance also depends on the interaction of train components – including wheelsets, dynamic brakes, friction brakes, sanders and vehicle and train brake controllers – which come together to form a complex system. We have been exploring these interactions to create a Low Adhesion Braking model (LABRADOR), which allows the study of specific brake control features, such as wheel slide protection strategies, sanding effectiveness, dynamic brake utilisation and traction performance in low adhesion conditions. This is an essential enabler in optimising braking performance of trains, which is key to delivering a safer, more reliable and higher capacity railway. 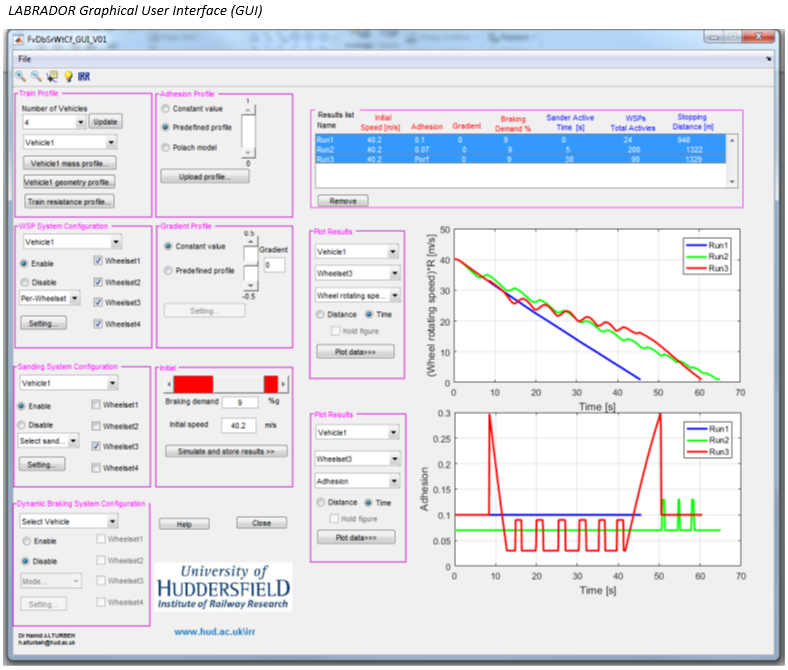 LABRADOR is being trialled by interested parties, including Siemens and Bombardier, and we would welcome the opportunity to give you access to the current version and get your feedback. If your business would like to trial LABRADOR, please get in touch.

The effect of water on the transmission of forces between wheels and rails (T1077 Presentation)
View on SPARK
See Also
Haven’t found what you’re looking for?
Get in touch with our expert for more information