Frictionless train braking systems can be effective on high-speed routes regardless of the condition of the railhead: what are the benefits and challenges of implementing these solutions?

The braking force of an Eddy-Current Track Brake (ECTB) is generated by an electromagnet that is used to induce eddy-currents into the running rail. The electromagnet is installed above the rails, in a similar way to conventional Magnetic Track Brakes (MTBs), but an air gap is maintained between the rail and the electromagnet to achieve frictionless braking. 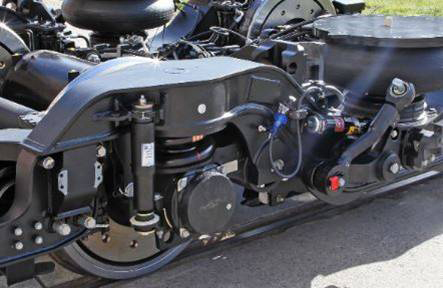 Our research has shown that ECTBs, which are only suitable for high-speed trains, have some significant benefits compared with other braking systems: braking performance does not depend on the condition of the rail surface; the brakes do not create wear so require less maintenance; and braking is noiseless. However, their use is limited to routes with slab track and the right ballast profile so could be suitable for HS2. ECTB use must also be carefully managed on sections of track that witness frequent braking to prevent the rails from getting too hot and causing excessive expansion.

Two recent RSSB co-funded demonstrator projects investigated ECTBs. One project, which is in partnership with Alstom, TRL and the University of Huddersfield, and is due to be completed in 2020, is focused on the benefits of using an ECTB in low adhesion conditions and will examine how the braking system and control strategy can be blended to optimise performance. The other project, which was in partnership with the University of Newcastle and was completed in September 2019, demonstrated how a Zero Wheel Slip Linear Induction Motor (which operates on a similar principle to ECTBs) could be used to reduce dependence on the friction between wheel and rail for traction and braking forces, while requiring minimal or no changes to existing infrastructure.

Predictable and Optimised Braking: A linear induction motor for braking
View on SPARK

Predictable and Optimised Braking: A blended braking approach
View on SPARK
See Also
Haven’t found what you’re looking for?
Get in touch with our expert for more information