The Board is responsible for the effective oversight of the Company. It also agrees the strategic direction and governance structure that will help achieve the long-term success of the Company and deliver stakeholder value.

The Board takes the lead in areas such as strategy and financial policy, and makes sure we maintain a sound system of internal control. 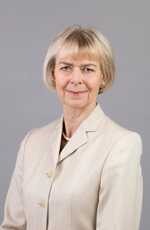 Barbara Moorhouse was appointed as Chair of the RSSB Board on 1 January 2019.

Her executive career includes board appointments in international IT companies, Director General positions at the Ministry of Justice and Department for Transport, and as Chief Operating Officer for Westminster City Council.

Barbara brings a broad range of expertise in commercial leadership and public service delivery to the role at RSSB. 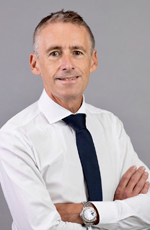 Mark was appointed Chief Executive Officer in 2016. He is a member of the Transport for London Board and a member of the Department for Transport’s Transport Research and Innovation Board, and a Trustee of Saffron Walden Choral Society a registered charity. 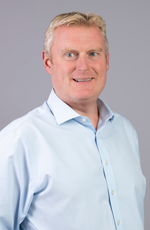 Between 1999 and 2004, Steve Murphy was General Manager and then Managing Director of Chiltern Railways, driving Chiltern’s performance to the top of the UK industry for both punctuality and customer satisfaction.

In 2004, Steve was seconded to Irish Rail as General Manager. He implemented a major culture change and investment programme that developed Irish Rail into the fastest growing railway in Europe.

In 2007, Steve set up LOROL as a brand-new business and was responsible for transforming the Railway and achieving a 40% increase in customer satisfaction, quadrupling of passenger numbers and achieving highest ever right time punctuality in the history of UK Rail.

In 2014 Steve took on the role of Managing Director at MTR Crossrail, where he is responsible for turning Europe’s biggest project into a highly successful train service. 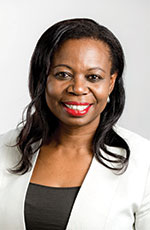 Tanya Chikanza is the CFO and a board member of Bushveld Minerals Ltd. Prior to that she spent nine years at the then dual-listed Lonmin Plc and was an Executive Vice President of Corporate Strategy, Investor Relations and Corporate Communication and a member of the Executive Committee.

Tanya has held other senior roles in her career including being Executive Director at Smith’s Corporate Advisory in London and Vice President Corporate Finance at JP Morgan Cazenove.

Tanya is a Chartered Accountant and brings a global and market-facing perspective with 30 years in international equity and debt capital markets, audit, corporate finance and mining. 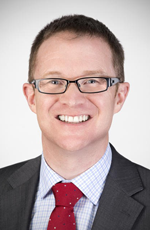 David Horne has been Managing Director of LNER since its inception in June 2018.

He has held senior positions with several train operating companies including Managing Director of East Midlands Trains from 2011 to 2015, and Virgin Trains East Coast from 2015 to 2018.  In his time at East Midlands Trains, he was responsible for delivering the UK's most punctual long-distance services over a five-year period. Under his leadership the company won Passenger Operator of the Year in 2014.

David leads the Executive Team at LNER to transform train services on the East Coast route through the introduction of the fleet of brand-new Azuma trains. He is also working in partnership with Network Rail to deliver a £1.2 billion infrastructure programme.

David grew up in Cornwall where he started his railway career before studying transport management at Aston University. He now lives in Nottinghamshire with his wife and their two children.

Geoff Spencer is the former CEO of DB Cargo (UK) Limited, the country’s leading rail freight operator.  He was appointed as a non-executive director of Direct Rail Services in January 2018.

His career began in 1986 when he joined British Rail as a Traction Trainee. Three years later he became a Driver before gaining positions as Traincrew Supervisor and then Traction Inspector.

In 2008 EWS became DB Schenker Rail UK and Geoff held various managerial and directoral posts, including three years in Germany as Head of European Resource Management. He returned to the UK to become CEO in September 2013. 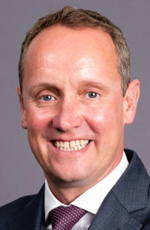 David Jordan has over 25 years' experience in the rail industry. He joined Angel Trains in 2002 and has held the position of Head of Commercial since 2011. During his time at Angel Trains, David has primarily been responsible for leading the re-leasing of the rolling stock portfolio, and for new build transactions.

Prior to joining Angel Trains, David held positions at Atkins and HSBC. He is a Chartered Mechanical Engineer. 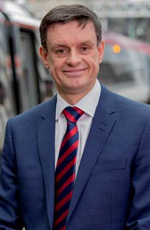 Martin Frobisher is responsible for the safety, technical and engineering functions for Network Rail. This includes a varied mix of technical issues ranging from biodiversity to track engineering and future research. The team sets policy and technical standards and provides assurance to confirm that standards are being delivered.

Prior to taking up his current role Martin was route managing director for the London North Western Route, responsible for railway operations and infrastructure maintenance. This included the railways linking London to Birmingham, the North West, and onward to Carlisle. It’s an interesting mix of very different railways, including the Merseyrail underground metro service, urban centres in Manchester and Liverpool, the high-speed West Coast line and some very rural lines in Cumbria and North Lancashire.

Martin has worked in the railway industry for about 20 years, in a variety of safety, operational, and maintenance roles. Prior to joining the railway Martin worked in the chemical industry, at ICI Polyurethanes, near Blackpool.

Martin is married with two daughters. His hobbies are archery and running, and is also a Sunday school teacher for a group of 6-11-year-olds. 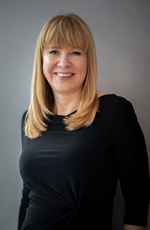 Anna joined Resonate in 2007 as CEO, following 13 years in senior roles with Invensys PLC. She has been managing director of various companies. These range from IT and mission-critical outsourced services in the utilities sector, to high-value manufacturing. From her roles at Invensys PLC and while working in private equity, Anna has gained industry transformation experience across many industry sectors. She embraces the value of adopting best-in-class ideas, as well as leveraging opportunities that new technologies create.  Resonate is a mid-market company that provides rail traffic management and signalling control digital platforms.  Anna is passionate about bringing together railway and digital age skills to deliver a consumer-centric railway.

Steve has been with VolkerRail since 2009 having previously worked in a number of infrastructure sectors including rail, civil engineering, telecoms, utilities and nuclear. He has held senior positions within the industry, including those of Managing Director of First Engineering (power & civil engineering), Managing Director of the Utilities business for Alfred McAlpine, and Managing Director of Utilities business for Carillion. As well as being on the Board of VolkerWessels UK he is also on the Board of the Institute of Rail Operators and the Railway Industry Association. He is actively engaged in a number of initiatives to improve and increase the level of training within the rail industry. Steve is committed to working in long-term collaborative partnerships with his clients in the delivery of projects that minimise their environmental impact and that encompass world class safety and innovation. 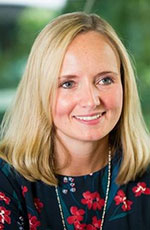 Emma Head is a member of the High Speed Two Ltd (HS2 Ltd) Executive Committee with accountability for Health and Safety. Emma was responsible for leading the vision and direction for safety and security, setting the standard and expectations for health, safety, and security management and behaviours across the HS2 organisation, the programme and supply chain.

Emma has worked in the UK railway industry since 1999 and was previously Director of Safety Strategy at Network Rail, where she delivered a step change in workforce and passenger safety performance, as well as being accountable for assuring the delivery of asset improvement programmes.  Emma has a wealth of experience from client and contractor perspectives, and has contributed to major railway engineering schemes, including West Coast route modernisation and London’s Crossrail project. 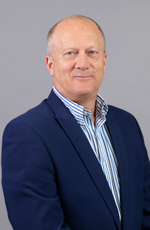 John Clarke joined RSSB as a Non-Executive Director in 2017.

John worked in the nuclear industry for more than 35 years up to 2017. He has held a number of executive positions including Head of Environment, Health, Safety and Quality at the Sellafield plant in Cumbria, Director of Production for Sellafield Ltd, Managing Director of International Nuclear Service Ltd and most recently CEO of the Nuclear Decommissioning Authority.

John has held a number of non-executive roles over the past 10 years, as well as national and international advisory roles.

John is a Fellow of the Institution of Chemical Engineers and of the Nuclear Institute.