Wearables for Rail - The Stakeholder Voice

Featured story23 August 2018
We hope you have found our blog series on wearables insightful. Key stakeholders shared their views on this subject with us, and we welcome comments from all of you.

If you have an interest in wearables for staff health and safety, and would like to participate to the workshops and events on this topic that we are planning, please contact us at olivier.marteaux@rssb.co.uk. 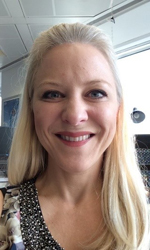 RSSB: 'How do you see the future of wearables?'

SE: 'I believe it will happen. It is likely to happen first in leisure and specialist (e.g. military, security) work wear, but will then extend into more general work wear, including rail and its supply chain. There will be some issues to overcome about balancing out the added safety, security and health benefits, with fears about data privacy and security.'

'Low key wearables will be less problematic than highly integrated or visible wearables; i.e. there will be more resistance to devices that monitor the user and/or submit data in real time. Embedded or implanted wearables are likely to come last and be the most problematic for most employees.'

RSSB: 'Having read our blog series, what do you think is the most important issue rail should consider?'

SE: 'Industrial relation issues, such as worries about employers ‘spying’ on employees. Worries about wearable data security and sharing, e.g. sharing health data with health insurance companies. Lone working is an opportunity which could be a quick win in terms of employee added value and personal security'.

RSSB: 'What is the biggest obstacle to wearable technology deployment in your business?'

SE: 'Worries – real or imagined – of data and personal information privacy and security, and the use of such data'. 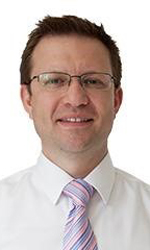 It is highly probable that wearables are going to become a part of daily life, much as the smart phone has done. The ready availability and low cost of the technology aligned with the addictive, game like nature of monitoring performance against a goal has seen uptake increase rapidly over recent years.

The ability to track aspects of our health, as well as manage our lives via our phones, seems like a combination that will continue to grow in usefulness. I suppose the question is really around at what point do they become integral to our lives rather than just a gimmick. The key to this would appear to be the quality of data they produce and how this data is controlled and utilised.

At a personal level the increased level of information a wearable can provide about your own health can help you make informed decisions. On a corporate level, devices provided by companies could provide data on wider human behaviour, and especially around safety-based traits such as fatigue.

As long as the method of developing these, and the utilisation of the collected data, is controlled, I can see the demand and application for wearables continuing to quickly develop.

I suppose the real question is at what point do these develop into something beyond wearables. 20 years ago, we barely had mobile phones; it won’t be long before we’re talking about what comes after wearables.

In relation to wearables I personally believe it is the potential benefits to health and safety within our industry, and in particular safety critical roles, that we should focus on. The work we have done with Fatigue Science over the past year has enabled us to halve the number of our staff operating in a critically fatigued state. Fatigued, safety critical staff are not only putting themselves at risk, but those working around them. Fatigue also has a huge potential impact on mental health. I think fatigue is still a poorly understand topic, especially in the rail industry, and is therefore a great proving ground for wearables. It is also a relatively unobtrusive data set to test the water on. It doesn’t describe any other features of the individual than whether they are fatigued, or likely to be fatigued, within a given time frame. What needs to be developed is an industry position on how this data is to be collected and utilised. If we collectively believe that knowing whether safety critical staff are fatigued, or are likely to be fatigued, is a key step in improving our safety performance, and reducing accidents, then we need to have some guidance and rules in place to facilitate this.

HAVS monitoring has been fairly easy to implement as the technology doesn’t collect data to be added to a big data set. It primarily warns the user if set parameters have been exceeded.

The introduction of fatigue wearables, with our partner Fatigue Science, has been much more complicated. Our decision to trial, and then implement, fatigue wearables was driven by the analysis of data surrounding a number of low level incidents in early 2017. Initially we trialled the bands, which collect data on your sleep and update you on your fatigue via your phone, with 30 volunteers.

The results, particularly for night staff, highlighted a higher than average level of fatigue in certain areas. This allowed us to put specific fatigue management plans in place, based on real data, and expand the number of volunteers to 100.

Since we started the exercise we have more than halved the level of fatigue in the volunteers.

The challenge now is how to develop this programme further whilst taking cognisance of the General Data Protection Regulation (GDPR).

To date all users have been volunteers and the data collected is anonymous, users ‘self-regulate’ their fatigue. To be truly transformative I’d suggest that this programme needs to move to being specific for safety critical staff and for a plan to be formulated that removes the risk of fatigued safety critical staff working. This is a challenge under GDPR and hence my call for an industry position to be developed that allows us to harness the potential of wearables but without compromising the rights of individuals. 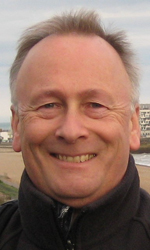 This series of RSSB blog articles clearly demonstrates that current advances in technology are enabling new and original solutions for the health and safety risks and challenges faced by those in our industry.

Wearable technology that is at least partly intended to mitigate risk is nothing new. The most common currently are cameras worn by individuals, and arguably electronic fobs allowing access to premises.

Problems arise when technology is introduced that can usefully address a safety or health risk, but also can be used for the general surveillance of individuals (a topic addressed in the article on data privacy). For example, body cameras have been introduced by train operating companies for revenue protection staff that self-evidently are more at risk of assaults. The cameras provide evidence for prosecutions, and therefore act as a deterrent. However, such devices are clearly capable of being used by employers to provide evidence of misconduct by the wearers. Some employers have agreed not to use such data for those purposes, but by no means all.

Another example is the widespread use of electronic access/egress fobs, which can in some cases be used to collect data on staff movements including attendance in a workplace as well as ensuring the security of particular premises.

More recently, rail infrastructure employers have sought to introduce wristbands that will monitor the rest and sleep of the wearer, in order to provide information to those individuals (and their employers) regarding their state of fatigue and their fitness to work. This example is seen by many workers as the employer seeking to overtly cross the line between the time that those employers pay for, and the staff’s personal time and privacy. Consequently, little progress has been made.

Arguably, most individuals work to live – they don’t live to work. Many workers, though by no means all, will accept technology applied to them personally (as most wearable technology would be) provided it is there to improve their health and safety. If the technology is also used as a means of close surveillance, particularly if it is surveillance of their time and activities outside of working hours, then most individuals would currently be resistant to its introduction. And employers would do well to consider the effect on its workforce of close surveillance, particularly on their health and wellbeing.

The article on data privacy rightly notes the need to consult with staff over the introduction of any new technology. In addition to this, where a trade union is present, the technology should be discussed at length with trade union representatives before introduction. Indeed, I would argue that if employers do the right thing, the trade unions can help them to convince their otherwise sceptical employees that such technology should be introduced to make their work activities safer whilst not compromising their privacy.

Recognising the importance that individuals and society attach to privacy, wearable technology introduced to address health and safety risks should be introduced in such a way as to ensure that it cannot or will not be used for general surveillance purposes. Whilst the new data protection law provides some comfort to those that suspect their employers of misuse, trade unions are likely to insist upon clear agreements that employers will not use that technology for performance management or disciplinary action. Employers that choose not to provide unions or staff with suitable guarantees regarding the use of wearables’ data for purposes unrelated to health and safety are likely to experience significant opposition from employees to the introduction of the technology.

Professor Costas Constantinou, Professor of Communication Electrodynamics, Deputy Director of the College of Engineering and Physical Sciences, University of Birmingham 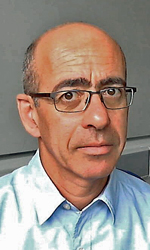 The entire blog series is impressive both in terms of its breadth of coverage and insightful opinions. I would suggest that a fourth major application beyond the three you have identified is expertise and skills enhancement. This stems from the ability afforded by wireless wearable technologies to:

In summary, wearables based on wireless technologies have the potential to unlock radically new more effective and smarter ways of working in complex, technology-based environments, but can remain unobtrusive and fade into the background if designed and implemented correctly.

In this series
Haven’t found what you’re looking for?
Get in touch with our expert for more information
Guy Yeomans
Tel: 020 3142 5627
https://customer-portal.rssb.co.uk
X
Cookies help us improve your website experience.
By using our website, you agree to our use of cookies.
Confirm