share this
Railhead cleaning processes are ripe for innovative solutions: could cryogenic or microwave technologies be harnessed to remove railhead contaminants?

Removing the moisture and contamination that forms on rails costs Network Rail around £30 million each year and involves a fleet of specially designed railhead treatment trains. These trains, which use high pressure water jets, are highly effective at removing the contamination caused by ‘leaves on the line’ but use vast quantities of water and have significant maintenance requirements.

Feasibility tests have shown that cryogenic pellets can be used to shock the contaminant layer that forms on rails, causing it to crack and de-bond. Small and full-scale tests have shown that that this approach could be used to improve braking performance. The use of cryogenic technology could also offer additional benefits as the technology leaves no residue behind on the rail head and is also non-conductive. This means that it can be used in environments where water-based solutions present obvious safety risks, for example, around equipment with electric, pneumatic or hydraulic components. A demonstration was undertaken with the University of Sheffield to prove the viability of the technique. The University of Sheffield, in partnership with Network Rail, have conducted trials on a selection of passenger lines across the UK.

“We were able to compare the before and after treatment and we found that the cryogenic spray effectively enhanced braking and was also able to clean the line."
- Dr Joseph Lanigan, Academic Fellow in Tribology, University of Sheffield). 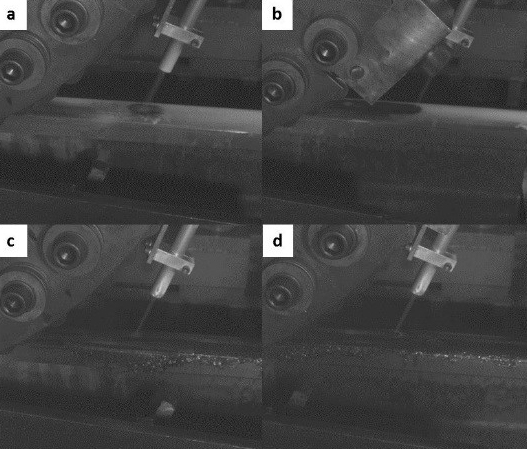 Laboratory and field tests have shown that it might be possible to fit passenger service trains with technology that can deliver microwave-generated plasma to the railhead. Initial studies suggest this is an effective method for removing layers of railhead contamination, including rust, without causing damage to the track; and have provided valuable insight into the relationship between the power requirements for generating the plasma and the practical speed that can be achieved during rail treatment.

IP for microwave generated plasma track treatment has been filed by our innovation partners, The Imagination Factory, and patent is pending. In addition to developing a passenger train mounted application, commercial opportunities have been identified for continuous track treatment at lower speeds and track conditioning for improved traction for freight.

Predictable and Optimised Braking: Microwave technology to increase adhesion
View on SPARK
See Also
Haven’t found what you’re looking for?
Get in touch with our expert for more information