New trains to get longer numbers

As of 1 January 2018, all new trains, whether carriages, wagons or locomotives, as well as all existing trains that operate across borders into Europe, must display a new standard European Vehicle Number (EVN).

Since the time of the first railways, locomotives, carriages, wagons and units have all carried numbers as a form of identification, inspiring young and old to take up the quirky hobby of trainspotting, which became especially popular in the 1940s.

The numbers also serve a higher purpose, meaning that information about the trains can be shared easily and confidently, for planning their routes and to ensure they’re properly maintained.  As trains increasingly operate across national borders, European Vehicle Numbers will provide some consistency to operators, maintainers and suppliers, and could boost safety and efficiency.

The system for numbering British trains is based on the approach adopted by British Rail in the late 1960s.  This was known as the Total Operations Processing System, or TOPS, and was originally developed by the Southern Pacific Railroad in USA.  For many vehicles, the European Vehicle Number will actually incorporate the traditional British TOPS-based number, which can be underlined or emboldened in the marking.

However, only new trains will need to display the EVN.  The majority of existing trains in Britain are not likely to need to run in mainland Europe, and these won’t need to have the new numbers displayed on the side - although they will still need to be allocated a European Vehicle Number for identification in continental vehicle registers.

Britain’s railways rely on a modern RSSB-managed IT system known as “R2” to administer and process rolling stock data – including their registration, marking and numbering.   RSSB says that this means the change should be relatively hassle-free for Network Rail and train operating companies, as R2 does all the hard work in generating and allocating vehicle numbers, managing registration and providing the link between the EVN and the National Vehicle Register.

As of December 2017, requirements for registration, marking and numbering of rail vehicles operating on the GB mainline network are documented in a Rail Industry Standard, RIS-2453-RST Vehicle Registration, Marking and Numbering.

The EVN is made up of different parts, each relating to a particular characteristic – note this is a fictitious example: 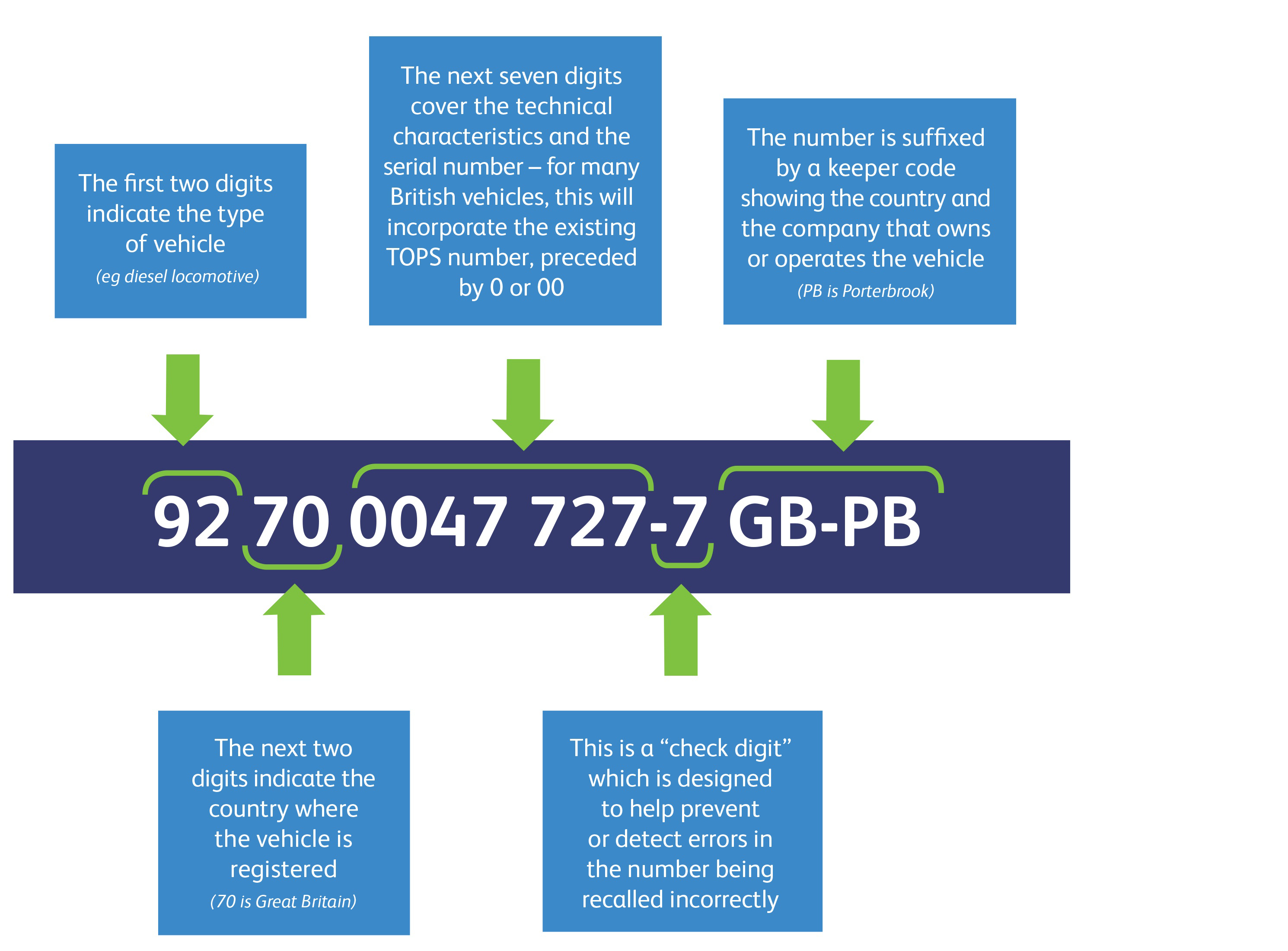