Wearables Beyond Health and Safety

In the previous articles in this blog series, we have identified three major applications of wearables: the tracking of lone workers and workers in hazardous environments, fatigue monitoring, and the management of medical conditions such as diabetes.

It is now time to look beyond and consider uses of wearables that are not confined to staff health and safety.

The Human Cloud At Work (HCAW) A Study Into The Impact Of Wearable Technologies In The Workplace by the Institute of Management Studies at Goldsmiths, University of London, summarised a one-month preliminary study to test the impact of three wearables: a high-velocity accelerometer wristband for measuring activity and movement, a compact biosensor for monitoring brain activity, and an “activity and posture coach” device. It found that that employees with wearable devices increased their productivity by 8.5 per cent and their job satisfaction by 3.5 per cent. 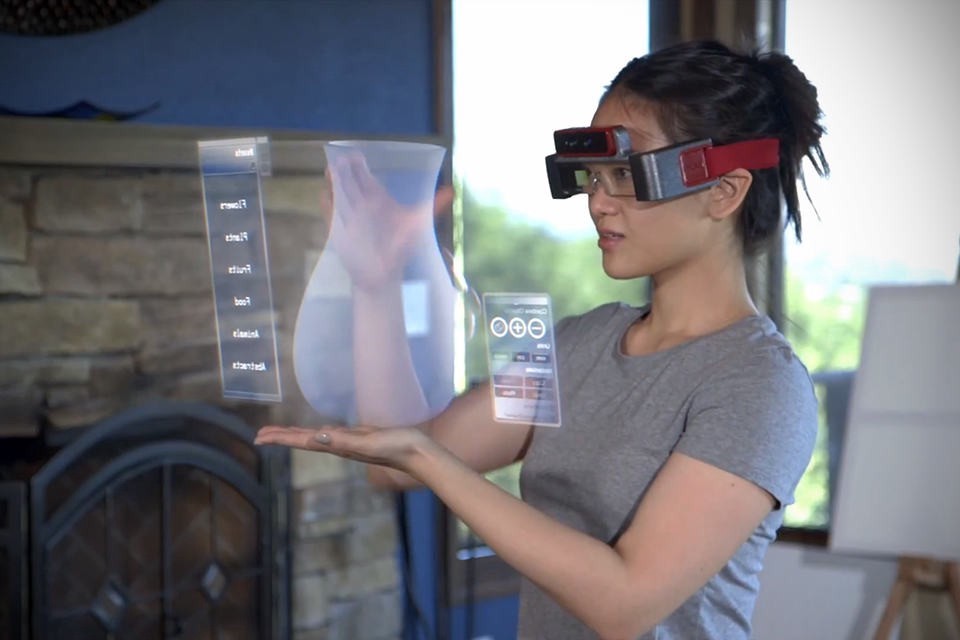 Combined with other cutting-edge technology such as Artificial Intelligence (AI) and Augmented Reality (AR), wearables have the potential to revolutionise work. Real-time data from smartglasses or biosensors can convey technical information quickly and directly, enhance communication, minimise mistakes, and keep hands free. Babcock is developing adapted Epson smartglasses for submarine crews, which can reveal the temperature or other diagnostic information for components such as pumps, engines and pipes. The glasses also display video for training or instructions, and 3D models.

Wearables can also provide enhancements that seem to come straight out of a sci fi movie. The Laevo exoskeleton, for example, combines metal, plastic, textiles, springs and restraints to support wearers every time they bend forwards, giving the impression of “taking away gravity”. The Third Eye goggle camera can reveal heat signatures, letting users “see in the dark”.

Suppliers feel that they haven’t yet scratched the surface of wearable technology: innovators are currently exploring how Machine Learning can be embedded into wearables, to make them more accurate, more adaptive through pattern recognition, and able to problem-solve without human assistance.

The future of wearables sounds exciting and not just for staff, but also for customers.

Wearable technology is quickly becoming a prominent means of customer notification and communication, predominantly adopted by the transport sector, especially air travel. Using application programming interfaces (APIs) that hook into the passengers’ wearables, the air transport industry has taken a step closer to being able to deliver a ‘personalized journey’ to customers, and wearables in airports are increasingly used for Passenger Information Systems, quick boarding, luggage tracking, and navigation within the airport. As they allow to keep in one place all needed information (such as departure time and gate), provide quick and easy access to this information, and can interact with the passenger’s environment on his or her behalf, wearables could take a lot of stress out of traveling.

The integration of Augmented Reality (AR) to wearables is the next frontier of personalised passenger experience.

First, in the domain of assisted navigation. By linking passengers’ wearable devices into their IT infrastructure, airports and airlines are beginning to gain new insights into passenger flow and behaviour: with real-time business intelligence tools to analyse these data, airlines and airports can move from passively reacting to queues at check-in or security, to proactively influencing passengers and avoiding queues before they occur.

Gatwick airport invested £2.5 billion in upgrading and modernising infrastructure, installing 2,000 battery-powered beacons in 2017. By communicating with mobile apps, these beacons can accurately locate where a passenger is in the airport and provide them with blue dot indoor navigation. This is supported by an AR wayfinding tool, which allows passengers to use the camera function on their device to view AR directions to wherever they need to go within the terminal.

Memphis International Airport announced a partnership with technology company Aira in 2017, which will help to simplify the airport experience for blind and low vision travellers: using a dedicated app, these passengers can share views of their surroundings and can connect with agents who act as visual interpreters, assist with step-by-step navigation through the airport, and provide assistance with other tasks such as finding flight information, locating and identifying baggage, and arranging transportation.

Second, with Smartglasses and AR headsets for airline staff.

Working with SITA, Copenhagen was the world’s first airport to trial Google Glass for improved passenger experience. However, Google Glass turned out to be, in their initial form, not so suited for general public/mass market, leading to the withdrawal of the product. They nonetheless have huge potential for professional workforces, especially in the air industry, in the areas of operations, customer services, security and immigration. It is expected that Google, which is currently also working on the development of professional AR headsets, will release a more robust version dedicated to professional staff.

In 2017, Allegiant Systems presented a concept based on Vuzix smartglasses that can be worn by the staff at the entrance to security, at the gate or at the aircraft door to identify passengers using facial recognition technology, or it can be used in a First Class cabin to identify a specific passenger’s preferences based on their previous travel behaviour.

Air New Zealand has likewise trialled the Microsoft HoloLens headset for enhanced in-flight service. HoloLens-equipped flight attendants could identify passengers through facial recognition, calling up details about their destination, allergies, and even the time since they got their last beverage. The image recognition system is even allegedly able to read passenger emotions to help flight attendants deal proactively with their needs or issues.

The key to getting wearables onto crew and into the aircraft is likely to be integration: with the aircraft, with the cabin, and with the in-flight entertainment system.

Wearables and the future of ticketing

According to a study by Juniper Research, the number of people around the world using contactless ticketing with wearables or mobile devices will approach 300 million by 2021. Not only do these technologies give passengers more options to purchase tickets, but they can also contribute to a more seamless travel experience.

During the Euro 2016 event in the city of Lille in northern France, the public transport operator Keolis Lille was the world's first to roll out contactless wristbands for transport. In the same year, during the Rio Olympic Games, Gemalto partnered with RioCard on a transport ticketing wristband to help citizens and visitors get around with ease. Fitness wristband manufacturers have also been adapting their products to the needs of public transport, making them payment enabled. Fitbit Pay and Garmin Pay have launched in 10 countries with multiple card issuers. For instance, Singapore has a contactless payment system that lets commuters link their Garmin fitness tracker to their transportation payments via EZ-Link.

Manufacturers are trying out different form factors: Kerv has for instance designed a contactless payment ring. The next generation of payment wearables will most certainly embed biometric technology, for better persistent identification and security. The Nymi Band is the first biometrically authenticated wearable. The band is activated by heartbeat or fingerprint and allows you make contactless credit card payments. Other designs under development focus on NFC chips to be implanted under the skin allowing 'biopayments.' The future of daily commuting might see the use of smartglasses scans in and out of train stations, using retina detection. What is plausible is that all these technologies will become integrated, with wearable technology at their heart, to provide seamless and personalised travel experiences.

The future of technology is wearable: The future of transport is wearable: the flexibility of wearable technology will ensure that it fits in and plays a central role in delivering “mobility as a service”. The possibilities to engage with customers in a real-time, interactive way, to address their expectations, and to offer them new forms of seamless, personalised, integrated transport experiences, seem endless. Particularly, the integration of wearables with AI will allow the full exploitation of wearables and the emergence of truly “smart” cities and transport systems. Transport suppliers are already starting to embed Machine Learning into wearables to understand and adapt to travellers’ preferences in real time.

In contrast to a purely personal use of wearables, smart transport needs the players in the transport sector to work together to deploy the necessary infrastructure and plan how to integrate wearable technologies into their operations.

In this series
Haven’t found what you’re looking for?
Get in touch with our expert for more information
Guy Yeomans
Tel: 020 3142 5627
https://customer-portal.rssb.co.uk